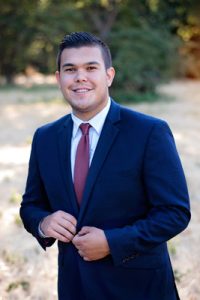 This is what initially brought Jerreed to the REACH lab, and the most important advice he hopes to pass on to future scholars. As a graduate student in the lab, Jerreed has focused on research with Artic and Indigenous populations as part of the Bii-Zin-Da-De-Dah (Listening to One Another) project and describes his research interests more broadly as an effort to understand health among American Indian Alaska Native (AIAN) and Canadian First Nations populations through social network analysis.

Jerreed feels that his time in the lab has prepared him well for his professional career as he has published numerous papers during his time here and recently successfully defended his dissertation, “Understanding Mental and Behavioral Health of American Indian Youth: An Application of the Social Convoy Model.” He credits the lab as integral to his professional development and describes the many connections he has made with other researchers and national projects as one of the most beneficial outcomes. The lab environment is the perfect blend of research autonomy and collaborative support­, he says, one that facilitates pursuit of individual interests while providing help and social science know-how when needed.

In looking toward the future, Jerreed is most passionate about understanding the social networks of AIAN adolescents in Tribal communities. This research would “move beyond the white gaze of Anthropology” to develop a deeper understanding of existing developmental and social structures on Reservations. After graduation in December, Jerreed will move to Baltimore to continue his career as a post-doctoral researcher at the Center for American Indian Health at Johns Hopkins Bloomberg School of Public Health where he will contribute his expertise in indigenous mental health to the development of the Center’s suicide prevention hubs in the American Southwest.

When asked the one thing he would like other people to know about his work, he immediately answers: the resiliency of Indigenous people. In networking with Indigenous populations, Jerreed notes the incredible strength and resiliency of people who have experienced historical trauma and still continue to thrive. “We have so much to learn from them” he says.

A State of Irony