Public assistance programs including the Supplemental Nutrition Assistance Program (SNAP) and Temporary Assistance for Needy Families (TANF) provide life-saving support for Nebraskans struggling to make a living and put food on the table. Research has demonstrated that receiving SNAP benefits reduces the “likelihood of being food insecure by roughly 30% and reduces the likelihood of being very food insecure by 20%,” and TANF cash assistance helps households “pay their rent and utilities, purchase personal care items…and pay co-payments for their medication, among other needs.”

However, SNAP and TANF assistance are currently denied to some of Nebraska’s most vulnerable individuals: those re-entering society after incarceration. As part of sweeping welfare reform in the 1990s, the Personal Responsibility and Work Opportunity Act (PRWORA) ensured that anyone convicted of a drug-related felony after the legislation’s signing would be banned for life from participating in SNAP and TANF. While most states have reversed this policy by opting out of the PRWORA ban through legislation, Nebraska remains one of only eight states in the nation that maintains the full PRWORA ban on TANF eligibility and has only slightly modified the SNAP ban, maintaining some of the strictest eligibility requirements throughout the nation for this group of individuals. 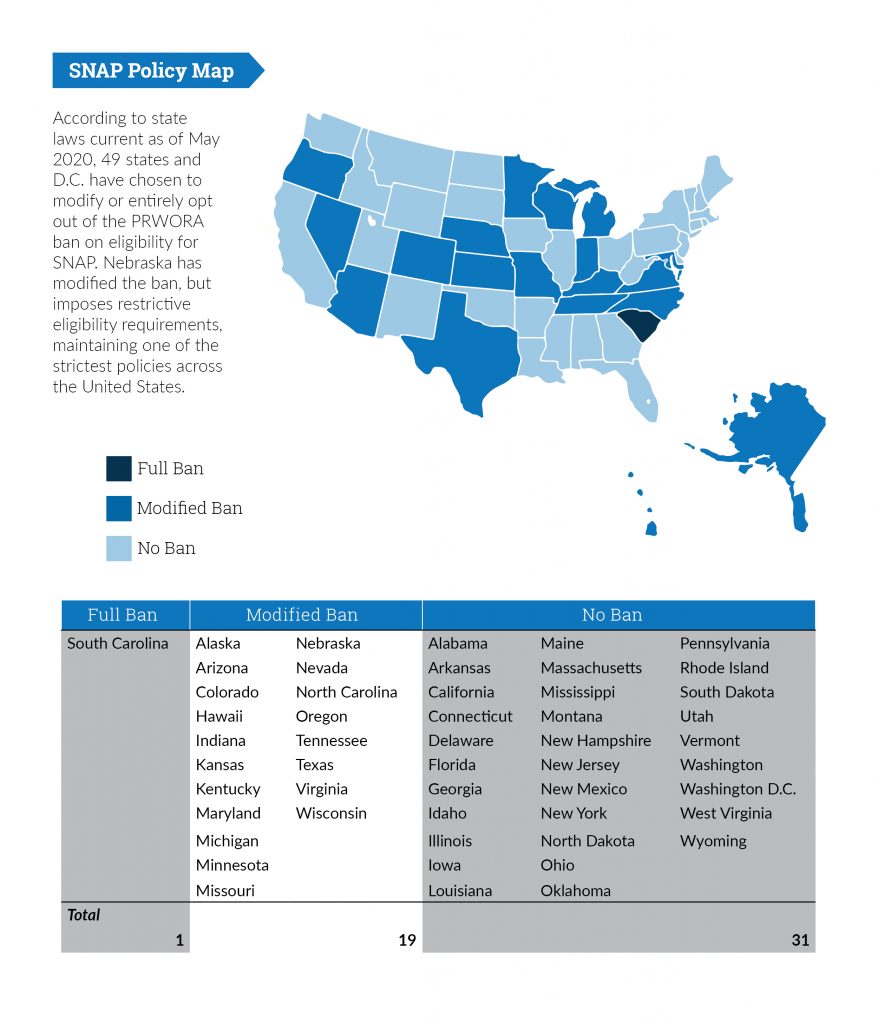 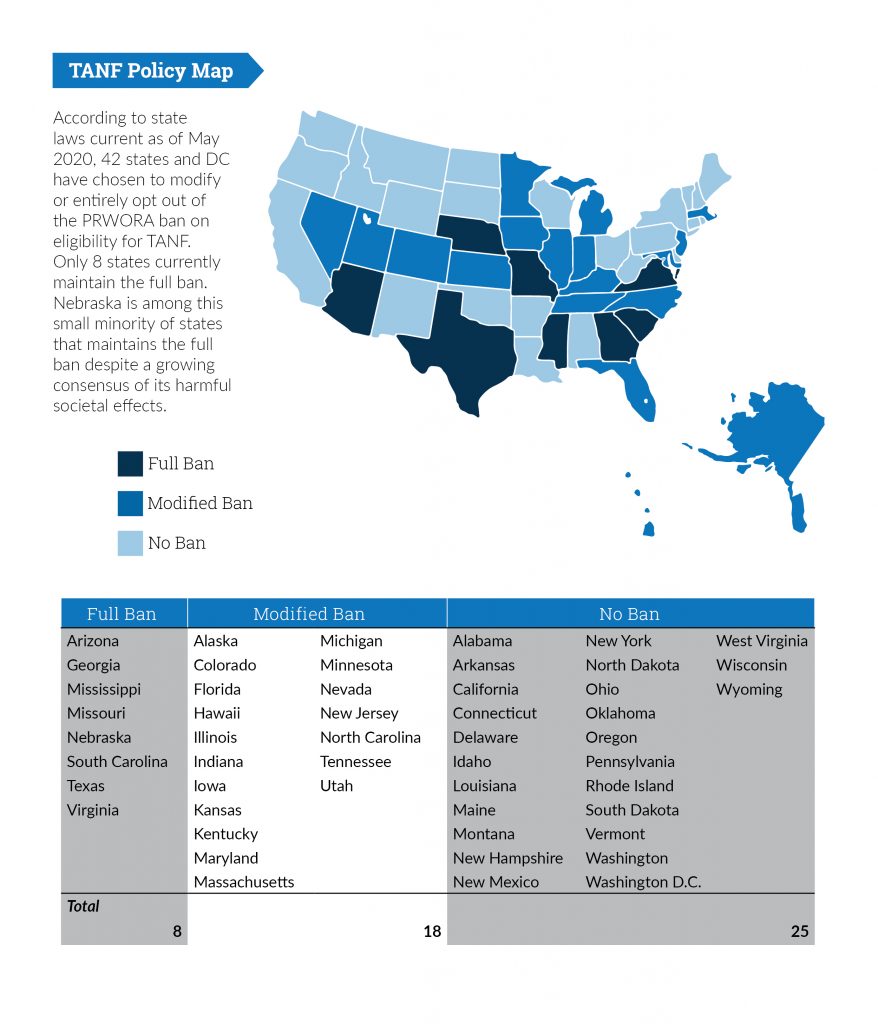 REACH lab strongly suggests that Nebraska legislators amend current laws to fully opt out of this harmful and counterproductive policy. This legislation is necessary to prevent the negative public health and safety consequences of the ban which: creates additional barriers to successful re-entry for formerly convicted individuals; impedes on successful substance abuse interventions; fuels criminal and risky activities motivated by poverty and food insecurity; and disproportionately harms children, women, and people of color.